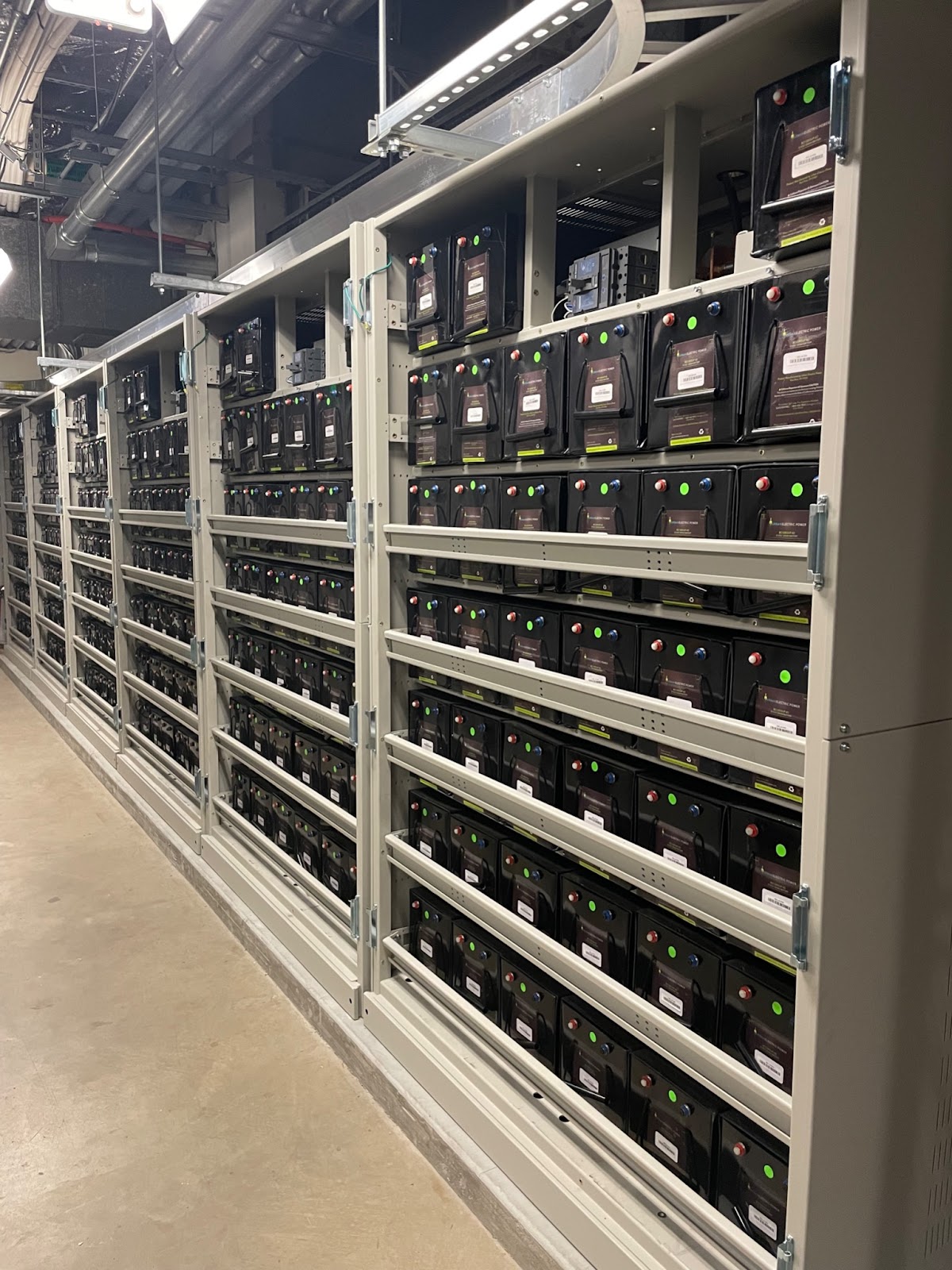 A portion of the San Diego Supercomputing  Center’s new power backup system
The center, located at the University of California San Diego, has been an international leader in high-performance and data-intensive computing since its founding in 1985 with support from the National Science Foundation. SDSC hosts the research computing loads for the local campus, for other UC campuses, and for a number of research collaborators both regionally and nationally, who work on topics of societal impact, including climate change and genomics. The massive computer clusters and petabytes of storage required for this work will now get their backup power from a state-of-the-art energy storage system based on a familiar idea: rechargeable alkaline batteries. “This project has transformed our data center’s model for resiliency,” said Christine Kirkpatrick, Division Director of Research Data Services at SDSC and Secretary-General of the International Science Council’s Committee on Data (CODATA).
Kirkpatrick’s division provides everything a researcher might need, including storing, finding, sharing, and reusing data. “Our computing capacity outgrew the size of our generator and we couldn’t expand it further,” she said. “A big portion of our racks have only traditional lead-acid UPS coverage that in an outage would last 27 minutes. Some portion of our data center is only on street power, and goes out immediately when the grid fails. The Urban Electric Power technology is a game changer. We can now offer hours instead of minutes of power to our UPS customers, and with our next installation phase, expand battery backup to those on street power. SDSC is the world’s first enterprise application of this innovative rechargeable battery technology, and our partnership with Urban Electric Power has made our computing footprint greener.”
Urban Electric Power has given new life to the century-old technology of zinc manganese-dioxide cells — the chemistry of familiar household AA alkaline batteries — with a patented method of making them rechargeable for 10 years or more. That’s 50 times longer than when Ford Motors first tried recharging alkalines.
There are 5,200 individual alkaline cells in SDSC’s initial installation, which stores one megawatt-hour worth of electricity and replaces an array of lead-acid batteries now being recycled. An additional 5,200 cells are on the way, in a Phase 2 of the same size to be commissioned this summer at the San Diego site. 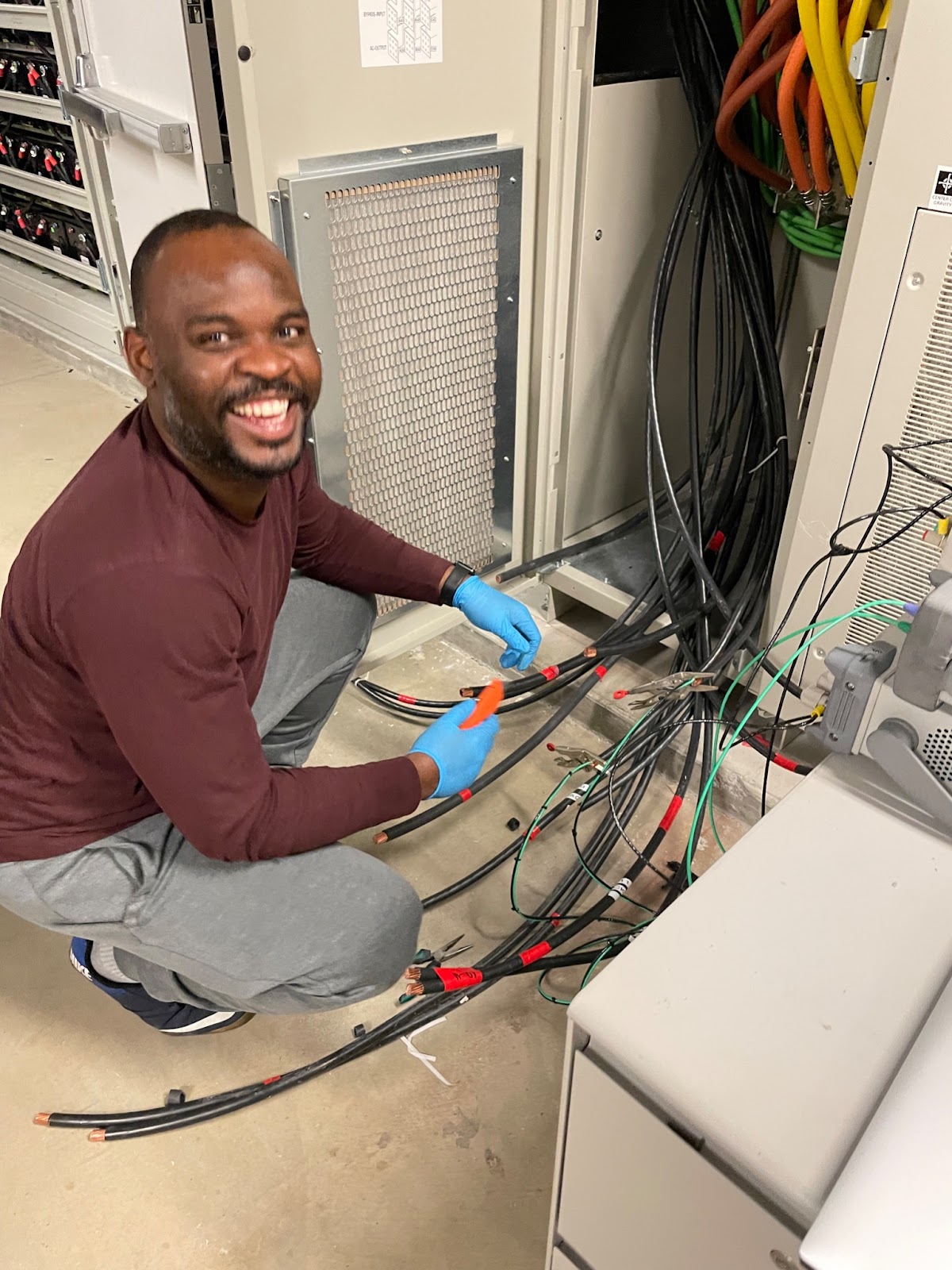 Mitch Marseille, Urban Electric Power technician, during installation in San Diego
Urban Electric Power’s patented battery technology was invented by a team at the City College of New York led by Professor Sanjoy Banerjee, now the company’s CEO. They found a way to dope a zinc manganese-dioxide alkaline battery with copper, bismuth, and other ingredients to make it rechargeable. A proprietary separator between the cathodes allows repeated recharging without degradation, as the battery is cycled.
The resulting products for home, commercial, and grid-scale use are now being manufactured in Pearl River, New York, from commonly available materials. The rechargeable alkalines cost less than half of comparable lithium-ion batteries, while avoiding the need for fire-suppression systems that require additional space and cost.
The technology has been UL-certified as fire-safe because it is not subject to lithium-ion’s tendency to fuel hot-burning, hard-to-extinguish fires, a problem known as thermal runaway. As it has in San Diego, it cuts down on the use of lead, a notorious environmental hazard that exposes one in three children worldwide to lead poisoning. “We’re addressing an insidious underbelly to the current battery industry worldwide, since lead is toxic to produce, recycle and handle,” said Ann Marie Augustus, Urban Electric Power’s Vice President of Operations.
For more photographs of Urban Electric Power technicians on site at the San Diego Supercomputer Center, see below: 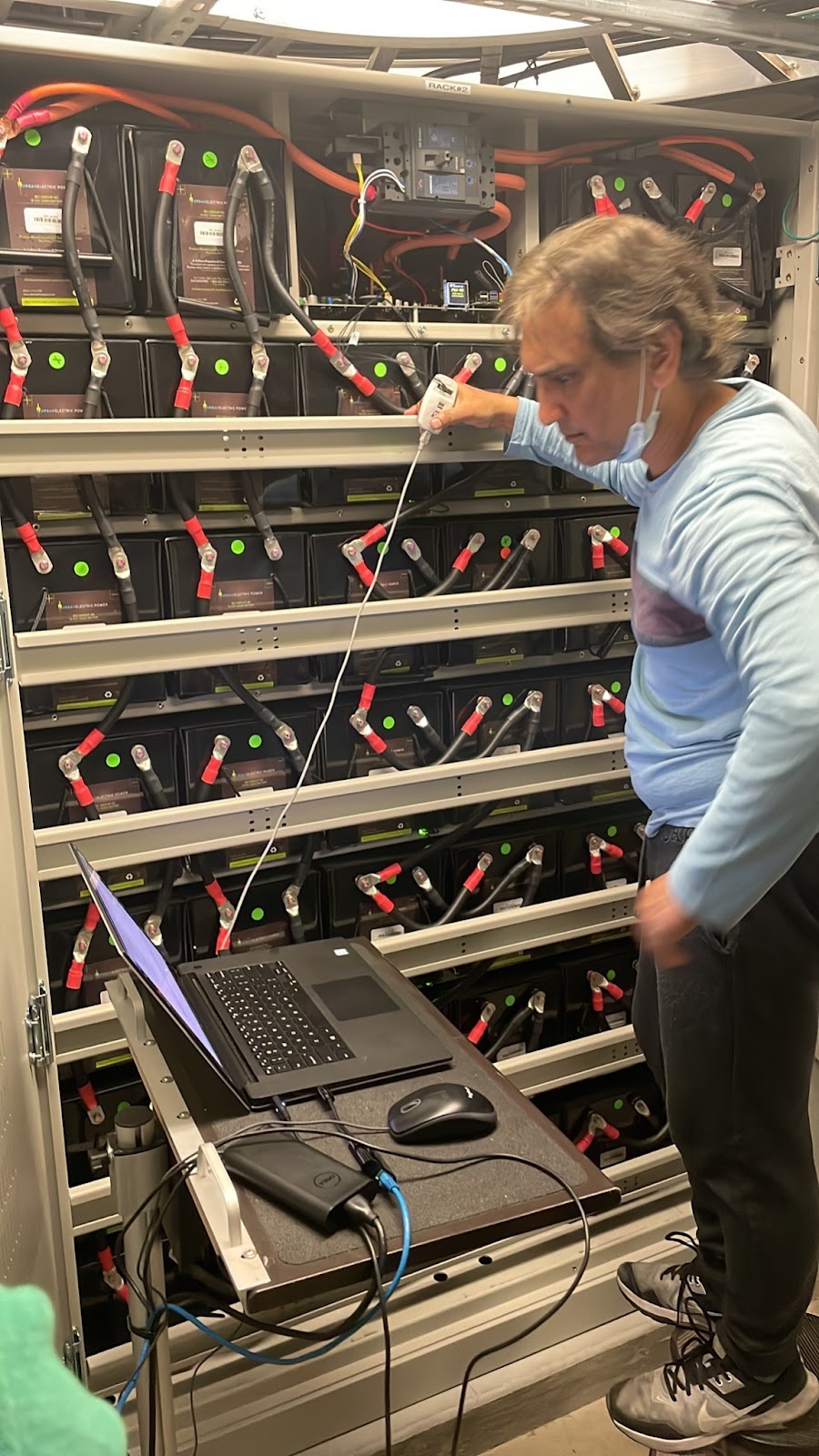 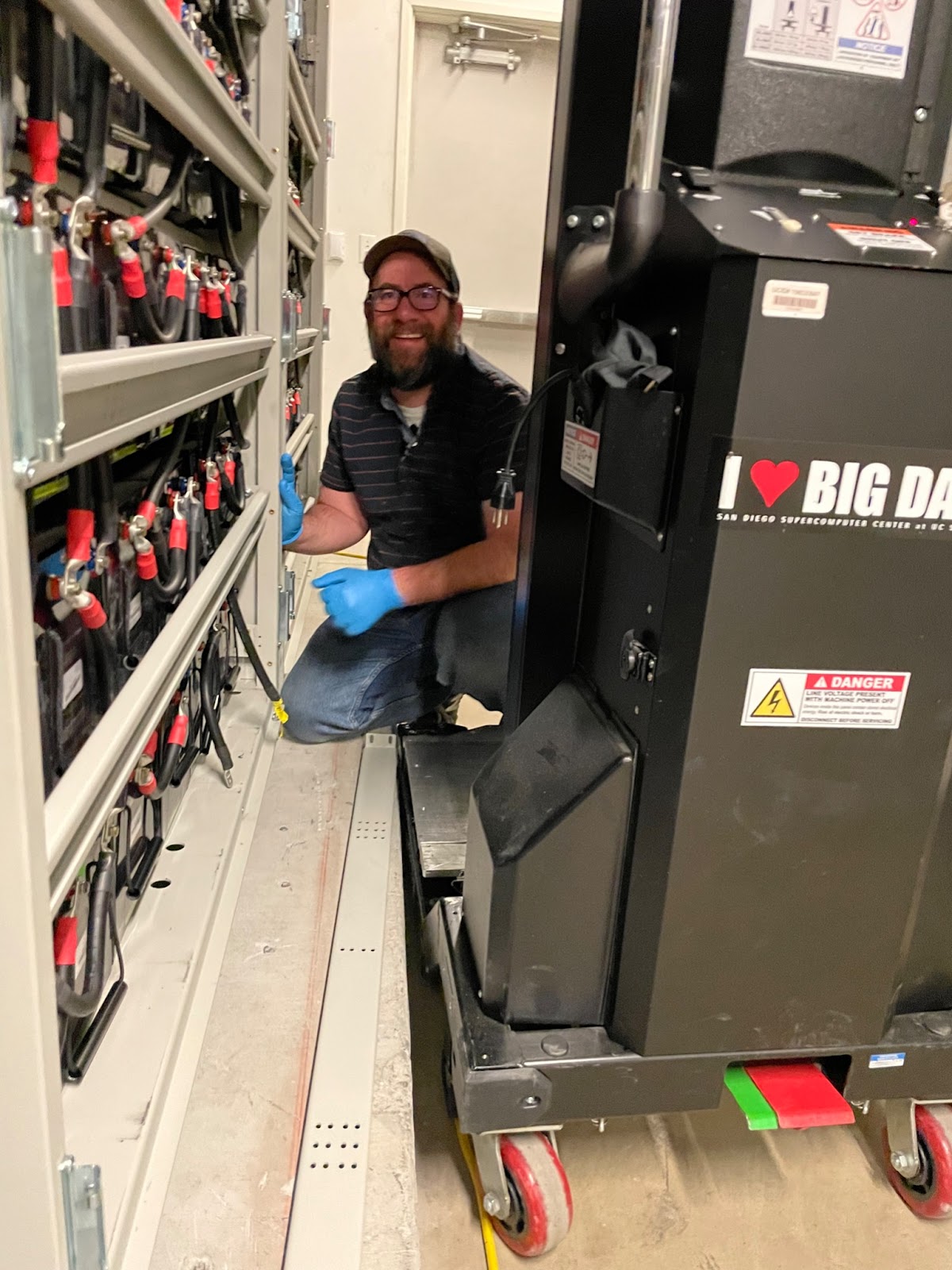 To set up an interview with one of its engineers, journalists may contact Peter Kelley at peter@renewcomm.com, +1 202-270-8831.